Frisell works with a sextet, including clarinetist Don Byron, on these 14 original tunes. Says Rolling Stone, "Strange meetings of the mysterious and the earthy, the melancholy and the giddy, make perfect sense by Frisell's deliciously warped way of thinking.”

Called “one of the most promising composers of American music in the current scene” by Stereophile magazine, Bill Frisell reasserted the claim in 1994 with This Land. In the context of a talented sextet, Frisell amply demonstrates the full effect of his role as composer with 14 original tunes. The result is a powerfully rich blend of colorful harmonic textures and delicate group interaction.

With an established reputation as a virtuosic and versatile guitarist, Bill Frisell is consistently in the top spot in DownBeat’s critics poll. He continues to be one of the most sought-after musicians in contemporary music, having collaborated with Paul Motian, John Zorn and Naked City, Don Byron, Lyle Mays, Marianne Faithful, Hal Wilner, and Wayne Horvitz, among many others. However, it is his bandleading and composing skills that have gained Frisell recognition by musicians, critics, and listeners.

SPIN magazine said the following of Bill Frisell: “Besides being a guitar genius—in case you want more—he’s turned into a terrific songwriter. Like Monk, Frisell’s harmonic and melodic ideas form a succinct, seamless mesh with outer sonic and rhythmic ideas about his ax.” It is precisely this careful balance of songwriting and superb musicianship that makes This Land a remarkable achievement by one of America’s most important and dynamic artists. 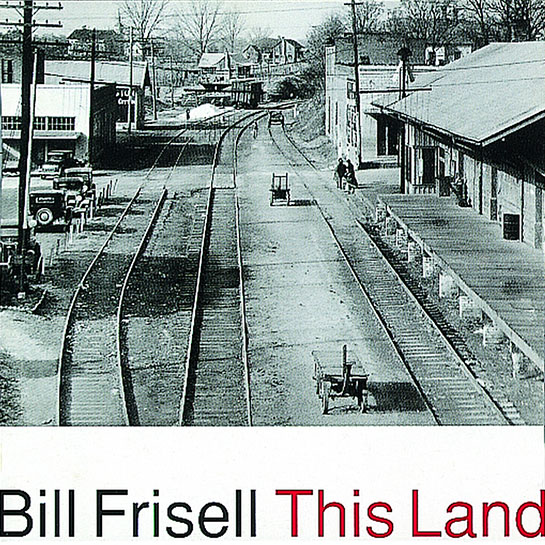