Frisell performs in a trio setting on these live recordings from New York’s Village Vanguard and Yoshi’s in Oakland, featuring both originals and standards. Salon.com declares this double-disc package “one of the best of his career ... Frisell is a wonder.”

“It’s hard to find a more fruitful meditation on American music than in the compositions of guitarist Bill Frisell. Mixing rock and country with jazz and blues, he’s found what connects them: improvisation and a sense of play.” —New York Times

Grammy Award–winning guitarist Bill Frisell’s East/West—a live double-disc recorded during a pair of bi-coastal trio engagements—was released by Nonesuch in August 2005. Frisell is joined by Kenny Wolleson on drums and percussion and Tony Scherr on bass for East, which was recorded at New York’s Village Vanguard, and Viktor Krauss on bass for West, recorded at Yoshi’s in Oakland, California.

East and West both feature a mix of original Frisell compositions and popular, standard, and traditional tunes, written by a wide variety of songwriters, including George and Ira Gershwin, Henry Mancini and Johnny Mercer, Bob Dylan, Willie Nelson, and Johnny Cash. East/West is Frisell’s first full-length live recording on the Nonesuch label. (A special digital-only release of other sets from the engagements—Further East / Further West—was made available for digital release.)

In a career that spans three decades, guitarist, composer, and bandleader Bill Frisell has been hailed by the Philadelphia Inquirer as “a revered figure among musicians.” The paper went on to say that “like Miles Davis and few others, his signature is built from pure sound and inflection; an anti-technique that is instantly identifiable.” Frisell’s recordings over the last decades span a wide range of musical influences. His catalog, including 20 recordings for Nonesuch, has been cited by DownBeat as “the best recorded output of the decade.” Some highlights of his Nonesuch output are Buster Keaton film scores (The High Sign / One Week, Go West); original compositions for extended ensemble with horns (This Land, Blues Dream); soundtracks to Gary Larson cartoons (Quartet); interpretations of work by other classic and contemporary American composers (Have a Little Faith); and collaborations with the acclaimed rhythm section of bassist Viktor Krauss and drummer Jim Keltner (Gone, Just Like a Train and, Good Dog, Happy Man). Other releases include an album with Nashville musicians (Nashville), the solo album Ghost Town, an album of his arrangements of songs by Elvis Costello and Burt Bacharach (The Sweetest Punch), a trio album with jazz legends Dave Holland and Elvin Jones, and a collection of American traditional songs and original compositions inspired by them entitled The Willies.

The Intercontinentals, nominated for a Grammy in 2004, is an album that combines Frisell’s brand of American roots music and his improvisational style with the influences of Brazilian, Greek, and Malian sounds. His 2004 release, entitled Unspeakable, won a Grammy in 2005. 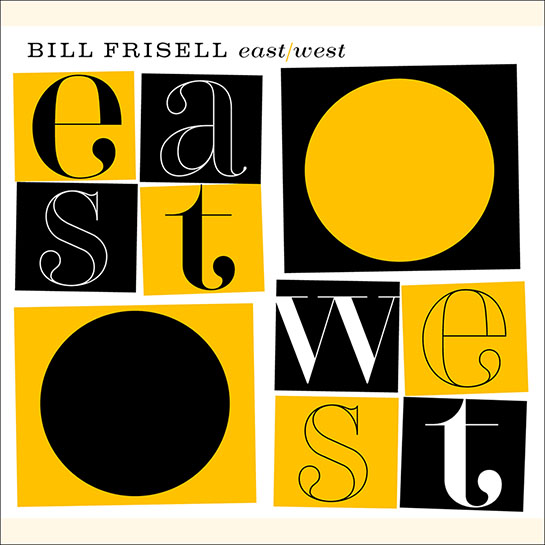