On this two-disc set, Frisell re-assembles material he composed for the theatre piece Mysterio Sympatico and NPR's Stories from the Heart of the Land. Performing with an octet, Frisell "plays electric guitar with serene assurance" (New York Times).

The original compositions on the album were born from and inspired by collaborations with visual artist and fellow Seattle resident Jim Woodring. One such collaboration, “Mysterio Simpatico,” was premiered at St. Ann’s Warehouse in Brooklyn in June of 2002. The two later presented “Probability Cloud,” which appears in parts on the first disc, at Zankel Hall in New York in January of 2006. In a review of the performance, the New York Times wrote, “Both Mr. Frisell and Mr. Woodring make the familiar unfamiliar. In Mr. Frisell's compositions, cozy, archetypal Americana—country tunes, blues, waltzes—is slowed down, melted at the edges, eerily reharmonized or disassembled and contemplated part by part.”

Townsend says, “History, Mystery explores a fuller palette of orchestral colors and timbres than for any project Bill has done before. Thematic elements recur throughout the album, furthering its symphonic sensibility.”

In a career that spans more than 30 years and 100-plus recordings, Bill Frisell has been hailed by the Washington Post as “not only one of the most inventive jazz guitarists of his generation, but also one of the most versatile and prolific.” The Philadelphia Inquirer writes, “like Miles Davis and few others, his signature is built from pure sound and inflection; an anti-technique that is instantly identifiable.” Frisell’s recordings over the last decades span a wide range of musical influences, from Buster Keaton film scores (The High Sign / One Week, Go West), to Gary Larson cartoon soundtracks (Quartet), to original compositions for extended ensemble with horns (This Land, Blues Dream) and collaborations with the acclaimed rhythm section of bassist Viktor Krauss and drummer Jim Keltner (Gone, Just Like a Train and Good Dog, Happy Man). Other releases include an album with Nashville musicians (Nashville), the solo album Ghost Town, an album of his arrangements of songs by Elvis Costello and Burt Bacharach (The Sweetest Punch), a trio album with jazz legends Dave Holland and Elvin Jones, and a collection of American traditional songs and original compositions inspired by them entitled The Willies. Unspeakable, produced by Hal Willner, won a Grammy in 2005. DownBeat has cited his catalog, including more than 20 recordings for Nonesuch, as “the best recorded output of the decade.” 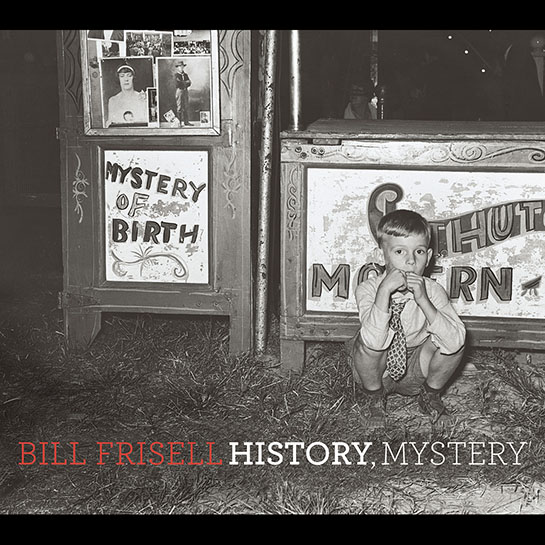