This Grammy-winning musical diptych contrasts images of ruined landscapes with glimpses of an imagined Arcadia. The New York Times praised “the technical ingenuity and expressive power on display here ... Mr. Adams remains the leading composer of his generation.”

Full of twists and turns, changes in tempo, and passages both melodic and fervent John Adams's orchestral piece El Dorado has been compared to Bolero in its intensity. “A Dream of Gold,” the 15-minute first movement, begins softly and gradually builds to a surging climax, while the contrasting second movement, “Soledades,” is slower in tempo and more melodic throughout. The piece is performed on this Nonesuch recording by the Hallé Orchestra with Kent Nagano conducting.

After its 1993 New York premiere, the New York Times said of El Dorado that it “demonstrates why Mr. Adams remains the leading composer of his generation," calling the first movement "a spellbinding exercise in continual crescendo, an orchestral wildfire sparked by sinister rustlings of percussion.” In his liner note, Adams describes it as follows:

Virtually every musical sign in this movement has an upward pointing vector. Some of these vectors reach their zenith and evaporate into the stratosphere. Others, like that of the heavy brass in the middle of the movement, create gigantic arches, soaring high and then dipping back down to draw more material upward with them, all the time gaining in mass and propulsion. Eventually the tempo springs loose from the stress of all this weight, and the music is suddenly thrust headlong into overdrive, doubling its speed and charging ahead, a terrible machine loose in the backwaters of Eden.

“Soledades,” acclaimed by the San Francisco Examiner for its “heart-stopping lyricism,” creates a mood dramatically different from that of the first movement. Adams cites as its “spiritual ancestors” the Sixth Symphony of Sibelius and his own Shaker Loops and Common Tones in Simple Time.

Also included on the recording is Adams’s orchestral arrangement of Liszt’s La lugubre gondola II, The Black Gondola, and Busoni’s Berceuse élégiaque, both performed by the London Sinfonietta, with Adams conducting. The Black Gondola, which represents the composer’s vision of the funeral procession transporting Wagner’s coffin through Venice, retains the beautifully solemn nature of the original chamber work. Much as Liszt’s composition reflects the sense of loss he felt as he contemplated Wagner’s death, Busoni’s Berceuse élégiaque is the composer’s intimate reflection on the death of his mother. 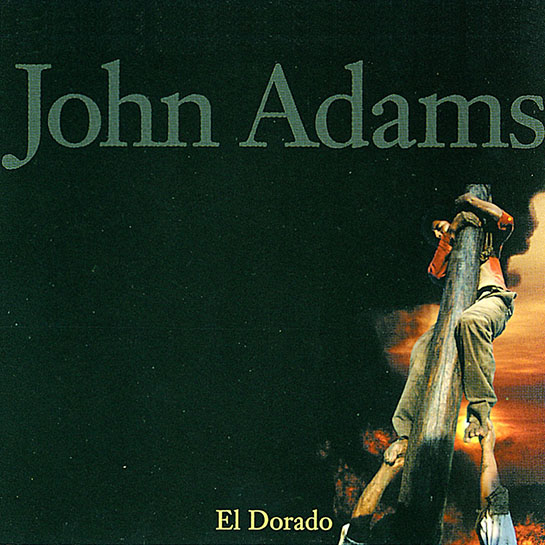