This new, two-disc compilation is both companion to Adams's memoir of the same name and an exploration of his Nonesuch catalog. The composer, declares The New Yorker, "has addressed life as it is lived now, and he has found a language that makes sense to a wide audience."

John Adams's long-awaited memoir relates the composer's life story, from his childhood to his early studies in classical composition amid the musical and social ferment of the 1960s. The New York Times Sunday Book Review says: "Adams’s wry, smart memoir stands with books by Berlioz and Louis Armstrong among the most readably incisive musical autobiographies."

"Hallelujah Junction offers the voice of America straight from the horse's mouth, and to read something so intelligent, reasoned and caring sure feels good these days." —Mark Swed, Los Angeles Times

"Adams's searingly introspective autobiography reveals the workings of a brilliant musical mind responsible for some of contemporary America's most inventive and original music." —Publishers Weekly

In Hallelujah Junction: Composing an American Life, John Adams's long-awaited memoir, the composer relates his life story, from his childhood to his early studies in classical composition amid the musical and social ferment of the 1960s, from his landmark minimalist innovations to his controversial “docu-operas." Adams offers a portrait of the rich musical scene of 1970s California, and of his contemporaries and colleagues, including John Cage, Steve Reich, and Philip Glass. He describes the process of writing, rehearsing, and performing his renowned works, as well as both the pleasures and the challenges of writing serious music in a country and time largely preoccupied with pop culture.

More than just a reflection on a single life, Hallelujah Junction tells the tumultuous story of America’s cultural life in the second half of the 20th century—and what to expect, or hope for, from the new millennium. The New York Times calls it an "absorbing book, which at times reads like a quest narrative that travels through the whole landscape of 20th-century music ... Mr. Adams writes so well that it’s a little dismaying for someone who clings to the notion that writing, like composing, is a calling developed over years, and not a hobby picked up in middle age."

For more information on the book, visit the publisher's site here. 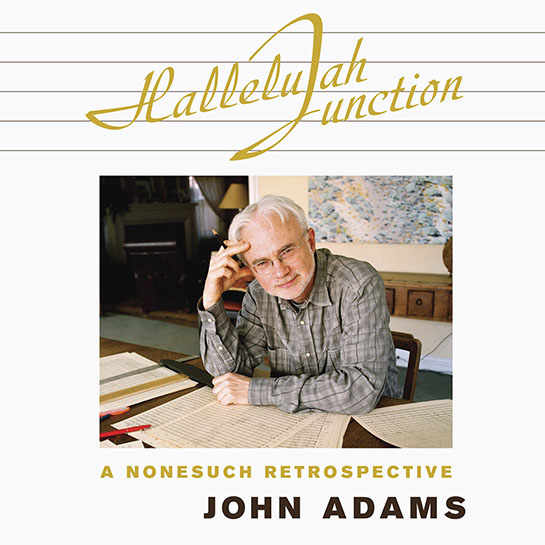