Adams regards Harmonium, written in 1980, as a breakthrough work. The Boston Globe calls this recording “a glorious swirl of sound.” The Klinghoffer choruses, says the Globe, is “the most widely admired aspect” of The Death of Klinghoffer, the opera from which they are taken.

Harmonium, labeled “a glorious tribute to the American transcendentalist spirit” (San Francisco Examiner), is a three-movement piece that calls for large forces and sets texts by John Donne and Emily Dickinson. John Adams, in speaking of how he formulated his ideas for the piece, said, ”It began with a vast, empty space and, by means of a gentle unfolding, evolved into a rich, pulsating fabric of sound” (from the liner note by Michael Steinberg). In fact, the dynamic range of Harmonium is so broad that it was technically compromised in its first analog recording for LP.

Adams’s tenure with the San Francisco Symphony began in 1977 when he was appointed composer-in-residence, and his work with them continues today. The orchestra has since commissioned a number of important new works, including Grand Pianola Music (1982), Harmonielehre (1985), El Dorado (1990), and El Niño (A Nativity Oratorio), which premiered at the Châtelet in December 2000 and in San Francisco in January 2001. The significance of the Harmonium commission and Adams’s subsequent and sustained relationship with the orchestra cannot be underestimated. It has served as a model for the way composers and orchestras work in the United States today.

John Adams’s 1991 opera The Death of Klinghoffer, called “a work that fires the heart” (Newsweek), premiered in Brussels during the final weeks of the Gulf War in 1991, in a production by Peter Sellars. Cast in the form of a prologue, two acts, and an epilogue, it tells the story of the 1984 hijacking of the Italian cruise ship Achille Lauro by four Palestinian commandos,and the subsequent killing of one wheelchair-bound Jewish American passenger named Leon Klinghoffer. Adams, in his liner note for the release, says Alice Goodman’s libretto, “maintains without fail a tone of almost Biblical mystery and intensity.” The Choruses from The Death of Klinghoffer, often performed as a concert work, serve to support and articulate the story, standing apart from the action and adding, in the composer's words, “an important dramatic perspective to the more immediate and often violent emotional plane that framed the actual kidnapping story.”

All compositions by John Adams

Choruses from The Death of Klinghoffer:
Orchestra of the Opéra de Lyon, conducted by Kent Nagano
The London Opera Chorus, directed by Richard Cooke 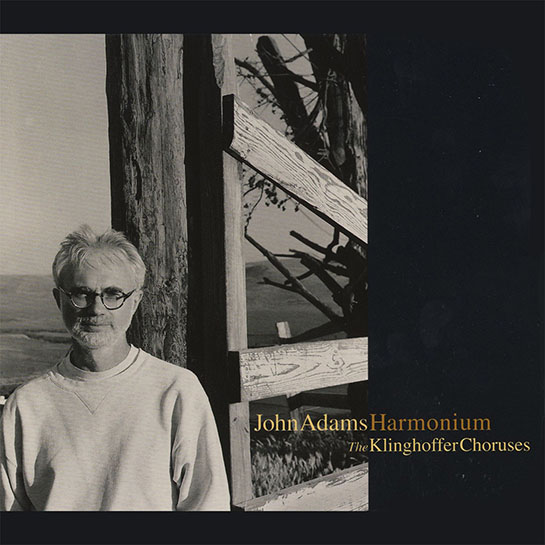