Released in honor of composer Terry Riley’s 80th birthday, One Earth, One People, One Love: Kronos Plays Terry Riley, a five-disc box set of albums of his work composed for, and performed by, his longtime friends and champions Kronos Quartet, includes three albums previously released by Nonesuch—Salome Dances for Peace (two discs), Requiem for Adam, and The Cusp of Magic—as well as a new disc called Sunrise of the Planetary Dream Collector, which includes a new recording of the title piece. All of the pieces, says the Independent, "are, typically, timeless."

In honor of groundbreaking American composer Terry Riley’s 80th birthday, Nonesuch Records releases One Earth, One People, One Love: Kronos Plays Terry Riley—a five-disc box set of four albums of his work composed for, and performed by, his longtime friends and champions Kronos Quartet—on June 23, 2015, in North America and July 10 for the rest of the world. Riley and Kronos met more than 35 years ago, and since then, the quartet has commissioned 27 works from him, more than from any other composer in the group’s history.

The One Earth, One People, One Love set includes three albums previously released by Nonesuch—the two-disc album Salome Dances for Peace (1989), Requiem for Adam (2001), and The Cusp of Magic (2008)—as well as a new disc called Sunrise of the Planetary Dream Collector: Music of Terry Riley. Sunrise of the Planetary Dream Collector includes a new recording of the title piece, which was Riley’s first for Kronos, as well as previously unreleased recordings of Lacrymosa – Remembering Kevin and One Earth, One People, One Love from Sun Rings; Cry of a Lady (originally released on A Thousand Thoughts); and G Song and Cadenza on the Night Plain (both originally released on 25 Years).

Kronos Quartet continues its celebration of its friend with the KRONOS PRESENTS: Terry Riley Festival, June 26–28 at the SFJAZZ Center in San Francisco. The festival, the first project in the new KRONOS PRESENTS series, features some of Riley’s most significant and rarely-performed works, plus several world premieres composed in his honor, with special guest performers including Zakir Hussain, Wu Man, Riley’s son Gyan, and Riley himself.

Kronos’ violinist, founder, and artistic director David Harrington says of the Quartet’s remarkably fruitful relationship with Terry Riley, which began in the late 1970s at Mills College in Oakland, California: “There is no other composer who has added so many new musical words to our vocabulary, words from so many corners of the musical world. Terry introduced Kronos to Pandit Pran Nath, Zakir Hussain, Bruce Connor, La Monte Young, Anna Halprin, Hamza El Din, Jon Hassell, and Gil Evans.” He continues, “In a crazed world laced with violence and destruction he has consistently been a force for peace. Through his gentle leadership a path forward has emerged. Terry sets the standard for what it means to be a musician in our time.”

Riley says of his 35 years of working with Kronos: “Each of our projects together was launched by conversations with both David and me riffing on ideas. I always came away from these planning sessions feeling exhilarated, and these energies would soon get my pen moving toward a melody or a rhythmic pattern—or, in the case of Salome Dances for Peace, a five-quartet cycle. David has this gift, a unique catalytic effect on so many collaborators. Because of this gift, we have this astounding body of work created for Kronos over the past four decades.”

For more than 40 years, San Francisco’s Kronos Quartet—David Harrington (violin), John Sherba (violin), Hank Dutt (viola), and Sunny Yang (cello)—has combined a spirit of fearless exploration with a commitment to continually re-imagining the string quartet experience. In the process, Kronos has become one of the world’s most celebrated and influential ensembles, performing thousands of concerts, releasing more than 50 recordings, collaborating with many of the world’s most eclectic composers and performers, and commissioning over 850 works and arrangements for string quartet. A Grammy winner, Kronos is also the only recipient of both the Polar Music Prize and the Avery Fisher Prize. With a staff of 11, the non-profit Kronos Performing Arts Association (KPAA) manages all aspects of Kronos’ work, including the commissioning of new works, concert tours and home-season performances, and education programs. In 2015/16, a new 5-year commissioning and education initiative, Fifty for the Future: The Kronos Learning Repertoire, will commission 50 new works (from 25 women and 25 men) designed to train students and emerging professionals, and be distributed online for free. 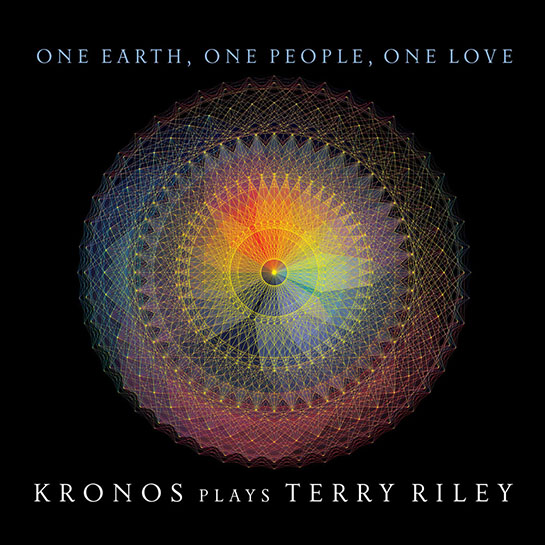