Kronos showcases the work—and features the piano playing—of Azerbaijani composer Franghiz Ali-Zadeh. The Boston Herald calls it “utterly absorbing,” “a rich addition to the Kronos discography,” and “a marvelous introduction for many to Ali-Zadeh's music,” which, says David Harrington, “gives us exquisite interior worlds of instrumental color."

Nonesuch Records releases Mugam Sayagi: Music of Franghiz Ali-Zadeh, featuring the Kronos Quartet. The disc includes four works by the Azerbaijani composer, three of which—Oasis (1998), Apsheron Quintet (2001), and Mugam Sayagi (1993)—all were commissioned by the Quartet. Also on the record is Ali-Zadeh’s Music for Piano, which is performed by the composer, who also plays piano on Apsheron Quintet.

Franghiz Ali-Zadeh was born in 1947 in Baku, Azerbaijan—a country located between the southeastern edge of the Caucasus Mountains and the western shore of the Caspian Sea, and between the Russian empire to the north and Iran to the south. Kronos Quartet has championed her work for more than a decade. Ali-Zadeh defied the strictures of the classical training she received in her formerly Soviet-occupied homeland to combine ideas gleaned from the 20th century music of the west with the long-neglected Azerbaijani tradition of mugam. This native sound, performed on indigenous instruments, is rhythmically sophisticated and emotionally charged, with an almost cinematic sweep, reflecting the Silk Road traffic that brought influences from east and west. The album title Mugam Sayagi means “in the style of mugam.”Kronos Artistic Director and Violinist David Harrington says, “Franghiz’s pieces unfold with a magical sense of timing. New scenes arrive mysteriously, each born at just the right moment. She gives us exquisite interior worlds of instrumental color and we dwell in places we’ve never been before.”

Over the course of three decades, Kronos Quartet has commissioned more than 500 new works, literally creating a repertoire for the string quartet. Working with composers from practically every corner of the globe, Kronos has helped to give voice to a diverse array of artists representing many cultures. On its last full-length disc, the Grammy-nominated Nuevo, the group explored a century’s worth of Mexican music, culled from both the streets and the salons. The group subsequently won a 2004 Grammy for its recording of Alban Berg’s Lyric Suite, which featured the ensemble’s label-mate, soprano Dawn Upshaw.  Kronos recently collaborated on a pair of tracks for Malian singer-songwriter Rokia Traoré’s acclaimed Nonesuch debut album, Bowmboï. The ensemble devotes up to five months of each year to live touring (2005 U.S. schedule attached). The Kronos Quartet members are David Harrington, violin; John Sherba, violin; Hank Dutt, viola; and Jennifer Culp, cello. 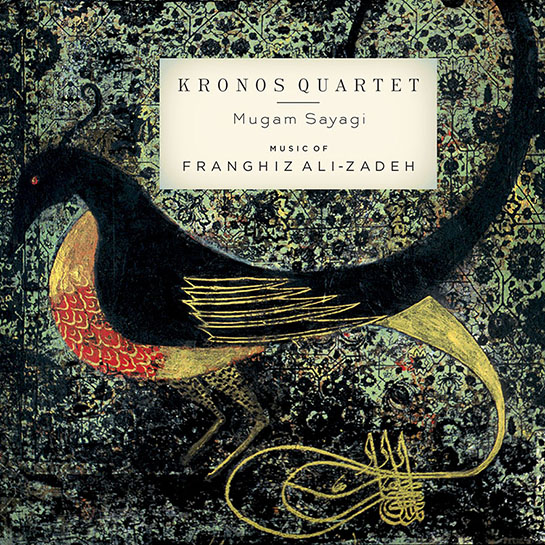