Kronos performs a Stephen Prutsman arrangement of the Sigur Rós piece "Flugufrelsarinn," from the Icelandic quartet's breakthrough album, Ágætis Byrjun. This contemplative track is paired with the more raucous Kronos interpretation of "The Star Spangled Banner," in a Prutsman arrangement that channels Jimi Hendrix.

The two pieces included on Kronos Quartet Plays Sigur Rós have both been staples of Kronos’ live concerts for several years: an arrangement of Icelandic experimental rock group Sigur Rós’s “Flugufrelsarinn” (“The Fly Freer”) and an arrangement of “The Star-Spangled Banner.”

“I first heard Sigur Rós in 2000 and it was thrilling,” said David Harrington, Kronos founder and artistic director.  “I could not stop listening to them.  Kronos had to play their music. Sigur Rós create entire universes with their sound: imaginary places populated by desires and colors and feelings that belong solely to the fleetingly understood realm of music.”

Kronos commissioned an arrangement of Sigur Rós' composition “Flugufrelsarinn” (Icelandic for “The Fly Freer”), from the Ágætis Byrjun album in 2002.  In its original, sung version, “Flugufrelsarinn” relates a parable of salvation and sacrifice, in which an unnamed narrator tries to rescue helpless flies in a lake from the jaws of the approaching salmon. In Stephen Prutsman’s arrangement for Kronos, the work takes on a new delicacy while losing none of its essential mystery.

The Quartet has been playing its Prutsman/Kronos version of “The Star-Spangled Banner”—inspired by Jimi Hendrix’s famous Woodstock interpretation—in concert since 2003. The Los Angeles Times called a recent performance of the piece, “a fiery political protest that recalled [Kronos’] roots exploring classic rock.” Although it has always been an audience favorite, the group had never released a recording of “The Star-Spangled Banner” before this digital-only release. 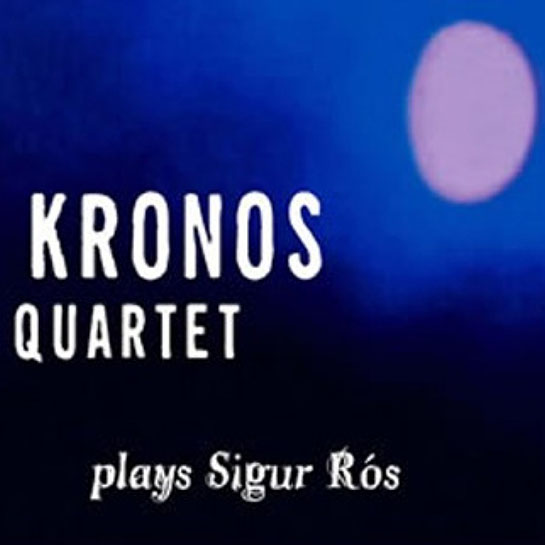