The Cusp of Magic

“The Cusp of Magic, with its lullabies and entrancing Chinese songs and sweet disposition, brims with joy.” —Los Angeles Times

Nonesuch Records releases the latest Kronos Quartet album, comprising the debut recording of Terry Riley’s six-movement piece, The Cusp of Magic. Commissioned by Kronos on the occasion of their longtime friend and collaborator Riley’s 70th birthday, the piece features the Quartet joined by Wu Man on pipa (a Chinese plucked string instrument, similar to a lute) and vocals, with all musicians also playing a variety of percussion instruments, toys, and noisemakers. The Quartet premiered The Cusp of Magic in 2005, and the piece was performed at Carnegie Hall as part of Kronos’ 2006 Live Mix series.

Kronos Artistic Director and Violinist David Harrington says, “No composer has been as much a part of Kronos as Terry Riley. We first met at Mills College in 1978, and he has written 23 works for us so far. We knew Terry was turning 70 in 2005, and it seemed like a perfect time to commission another new piece from him. I was sure he would spend the time and take the care needed to bring his knowledge of the pipa up to the point where he could write an amazing work, and over a period of more than a year, he learned about the instrument from Wu Man.

“One day I was talking with him and he said he wanted this piece to be ‘magical.’ My granddaughter Emily was an infant at the time. We had little toys and noisemakers around the house, which we would play as I carried her around. Of all the experiences I’ve had, that is the most magical. ‘Why don’t you just come over, and we’ll play some of Emily’s toys?’ I said. So he brought over his computer and recording equipment, and we played all of her toys while she was taking a nap.”

Riley adds, “In this work, the different timbre and resonance of the Chinese pipa and the Western string quartet highlight the crossover regions of cultural reference, so that the Western musical themes might be projected with an Eastern accent and vice-versa.  My plan was to make these regions seamless so that the listener is carried between worlds without an awareness of how he/she ends up there.”

Previous recordings of Terry Riley’s work on Nonesuch include Salome Dances for Peace (Kronos, 1989), Cadenza on the Night Plain and G Song on 25 Years (Kronos, 1998), and Requiem for Adam (Kronos, 2001).

Kronos dedicates this recording of The Cusp of Magic to the memory of Hamza El Din, who was introduced to them by Terry Riley. Hamza’s gentle, pioneering work connected music and musicians in countless ways.

Terry Riley's The Cusp of Magic was written and commissioned for the Kronos Quartet and Wu Man as part of a national series of works from Meet the Composer Commissioning Music/USA, made possible by the National Endowment for the Arts, The Helen F. Whitaker Fund, and the Target Foundation.  Major support was generously provided by The Wallace Alexander Gerbode Foundation, with additional funds from The Margaret E. Lyon Trust. 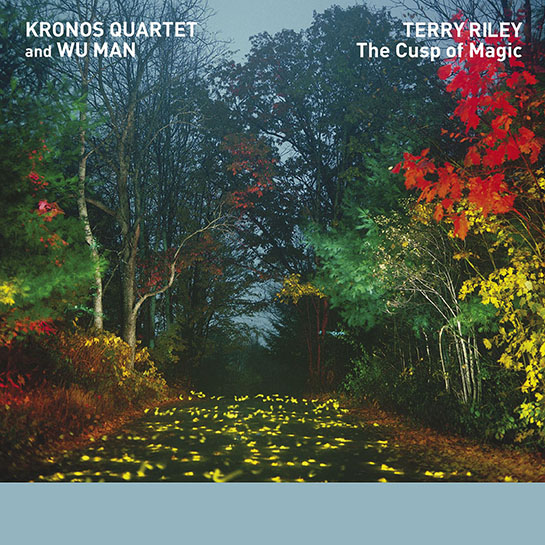