Kronos Quartet collaborates with composer Clint Mansell (Requiem for a Dream) and post-rockers Mogwai on this score to Darren Aronofsky’s time-traveling sci-fi romance. The Boston Globe calls it “a great piece of mood music all on its own.”

Composer Clint Mansell has partnered again with filmmaker Darren Aronofsky to score the soundtrack to Aronofsky’s new film, the sci-fi fantasy, The Fountain. The Fountain, Music from the Motion Picture will be released by Nonesuch Records on November 21 and features music composed by Mansell and performed by San Francisco’s Kronos Quartet and Glasgow’s Mogwai.

Mansell, a musician, composer, and founding member of the band Pop Will Eat Itself, first worked with Aronofsky on the score for his 1998 film ∏. In 2000 Mansell worked with Kronos to record his score for Aronofsky’s Requiem for a Dream. For The Fountain score, it was Mansell’s idea to tap both Mogwai and Kronos. Not a traditional collaboration, The Fountain began with Mansell traveling to Glasgow to record Mogwai, and then working with Kronos to create the final work.

“It’s difficult for any artist to put their trust, their sound, their identity almost, in the control of another,” said Clint Mansell. “Mogwai, however, gave themselves totally to this project. My respect for them is immense. They have crafted a sonic palette entirely of their own and, without reservation, brought it to The Fountain.

In my opinion,” continues Mansell, “there are no better musicians than Kronos Quartet. I feel so incredibly fortunate to have collaborated with them on two occasions now. It is no coincidence that those two collaborations, in my mind, have produced the best works of my career to date. Kronos’ understanding, interpretation, and performances of my work are nothing short of stellar. They bring the notes to life, make them breathe, make them soar, make them real.”

“As in Requiem for a Dream,” adds David Harrington of Kronos, “the central, decisive role that music can play in film was allowed to extend itself completely in The Fountain. Clint’s potent themes take seed in the imagination and, within the action of Darren’s story, become overpowering and inescapable. Clint’s score to the The Fountain gives Kronos the palette to explore the most personal, intimate musical colors on one side of the spectrum and, on the other, the most explosive.”

The Fountain is an odyssey about one man’s eternal struggle to save the woman he loves. His epic journey begins in sixteenth-century Spain, where conquistador Tomas (HUGH JACKMAN) commences his search for the Fountain of Youth, the legendary entity believed to grant immortality. As modern-day scientist Tommy Creo, he desperately struggles to find a cure for the cancer that is killing his beloved wife, Isabel (RACHEL WEISZ). Traveling through deep space as a 26th-century astronaut, Tom begins to grasp the mysteries that have consumed him for a millennium. The three stories converge into one truth, as the Thomas of all periods—warrior, scientist, and explorer—comes to terms with life, love, death, and rebirth. 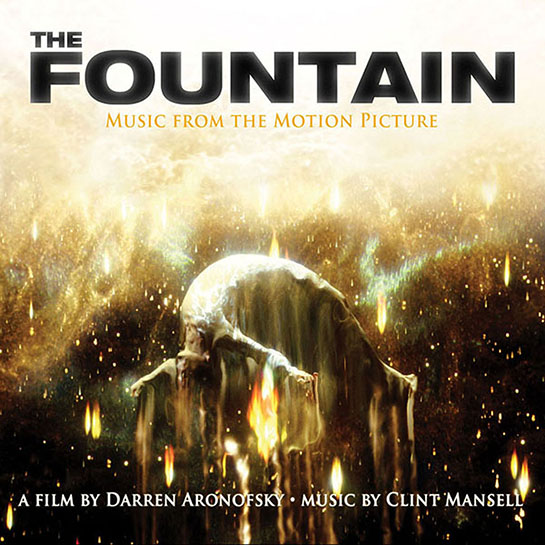